The Commission also granted a deputy’s mandate to Viļus Semeškas, who was the Deputy Minister of Defense until December of last year. In the 2020 Seimas elections, Semeška was next on the list of conservatives after Bartošević.

The decision of the Central Election Commission was unanimous.

Bartošević lost his mandate immediately after the announcement of the commission’s decision. He did not participate in the commission meeting on Tuesday. Bartošević submitted the request to annul the mandate of the deputy electronically on Friday.

The politician previously told the media that the decision to suspend the mandate of a member of the Seimas was well thought out and not spontaneous. He claimed that he was giving up his mandate for private reasons related to health problems.

It has already been reported that on Monday, a few hours after Bartošević announced the suspension of his mandate, Lithuanian Prosecutor General Nida Grunskiene asked the parliament to revoke his legal immunity in connection with the pre-trial investigation on suspicion of a sexual crime against a minor.

As informed by the General Prosecutor’s Office, last November, a pre-trial investigation was started according to the articles of the Criminal Code, which provide for responsibility for sexual assault and harassment of a child or minor.

The Constitution of Lithuania stipulates that members of the Seimas are protected against criminal prosecution. Legal immunity can be waived by a parliamentary vote.

In October 2020, in the Seimas elections, the conservative party led by the current Minister of Foreign Affairs, Gabrielus Landsbergas, won 50 deputy mandates. There are 141 deputies in the Seimas. 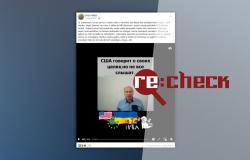